10 Months In: How (and Why) You Should Start a Neighborhood Political Group

Published by Quinten Steenhuis on September 21, 2017

After the 2016 election I felt physically sick. The election represented a lot that upset me. But mostly it felt pretty personal. A man had just been made president after admitting to sexual assault. He had revved up his supporters with racially-tinged and bigoted insults based on religion. My multi-racial family and my friends and family who are Muslim felt at risk. I really didn’t know what was going to happen next. As much as Trump’s supporters seemed to want an outsider, I didn’t think our country was ready for an inexperienced leader who didn’t seem to truly want the job as much as the prestige and money that came with running.

Besides these feelings, I also felt that there must be something that I could do. I was an activist in college, diving head-first into third-party politics and movements like the Independent Media Center and opposition to the war in Iraq. At the time I was involved in half a dozen groups and it really took over my life. But now I was employed full time and the parent of a five year old, and it felt like my activism had to be different. So I put a call on Facebook and invited my friends and acquaintances into my home with their own children. During that first meeting, about 20 of us crammed into my tiny living room, my son and the other children tucked away playing in his bedroom around the corner. We talked for hours about our thoughts and our feelings after the election; what we felt like we could do in the group; and how we could leverage the energy and thoughtfulness of other groups around the country. A major theme was accountability. We all felt that we had not done enough in the past years, especially as parenting took the focus of many of us. We brought up the idea that one action a week or even one a month was a major step up from zero. Many of us committed to making regular donations to a handful of civil liberties groups, such as the Southern Poverty Law Center and the American Civil Liberties Union. Afterwards we shared a potluck dinner and agreed that we had to do this again.

Since that first meeting we have met each month, except a pair of months over the summer. Some of the attendees at the first meeting moved on, but our group is still as big as we can fit in our small urban apartments as word of mouth spread to new members: about 20 adults, most with young children. As a group we have gone to major protests with our children in Boston. We read and adopted some of the principles of the Indivisible Guide, and have included letter or postcard writing campaigns each month. We have visited other groups that sprung up after the election and tried to make use of their efforts to amplify our own and avoid reinventing the wheel. Some amazing efforts have been inspired in our members, such as the “Parenting for Progress” group that leads workshops in tolerance and compassion for our kids before the main meeting each month. Many people have come up and asked if they could join our group. They’ve also asked how to start their own. Sadly, without a bigger meeting space, our rotating group of homes just isn’t large enough to expand the group. I think the size is also crucial to what keeps us all coming back. So here’s my best attempt at a blueprint for your own neighborhood political group.

We started out feeling urgency and the need for up to the minute action. We picked out Slack as a place to coordinate our efforts, adding phone numbers and quick calls to action for contacting legislators on dedicated channels. However, despite the immediacy and availability on our phones, this didn’t turn out to be the way that most of our members really ended up communicating, and it was easy for people to have notifications turned off or to be missing what happened in a Slack channel. What’s more, the urgency has faded, with fewer middle-of-the-day twists. Creating a mailing list turned out to be the simplest way to get everyone engaged. It adds a little clutter to our inboxes, but simple is sometimes best. Each month we choose a facilitator for the meeting, a notetaker, and a timekeeper. Rotating these roles has been really a great way to keep everyone engaged. Here’s a typical agenda: The heart of our meetings is the check-in at the beginning, and that is what keeps us from expanding the group-because it already takes a good chunk of time with 20 adults. Each person takes 2-3 minutes to talk about what happened in the last month. Recently we settled on the Rose/Thorn/Bud format (a good thing, a bad thing, and a surprising or hopeful thing).  Keeping a time limit on this has helped everyone stay engaged. Adding time limits to each item on the agenda has also been really helpful for keeping the meeting moving without any hurt feelings.

Our meetings usually run from 3:30 to 5:30, with a children’s activity at 3:00, and a potluck supper immediately after the meeting. Typically one member is assigned to come up with a postcard writing activity, which can happen in the last minutes of the meeting or during the potluck. Our meeting location rotates each month, but we’ve stayed mostly in North Cambridge, which is where most of our members live. Other members come in from nearby Boston, Somerville, or Arlington.

The meeting is also a safe place to discuss politics without boring or annoying our outside friends who just aren’t interested.

A new thing we’re trying out is bringing in outside speakers to the group. We wanted to avoid “homework”, so a live speaker to spark discussion is something we hope will keep our discussions moving without putting pressure on our members that might discourage attending the group.

Keeping Engaged Outside of the Meeting

Each of us has taken a different approach to this. For some, the meeting is the main active event. As working parents, this is all many of us have time for. Others have used the group as an inspiration to be involved in different ways, from city committees and public hearings, to setting up meetings with legislators, to helping with political campaigns. We share our outside efforts with the group and try to use it as a place to amplify those efforts, and people pick and choose the events that they join in. We’ve gotten together to make signs and to bring ourselves and our children to rallies and protests.

One member set up a Google Calendar with events and small actions (from tabling and door knocking to major rallies). We use space on Google Drive to store our meeting notes and agendas. It’s gone through a few evolutions–our mailing list provider has a place to store documents, and the first place we put files was on Microsoft OneDrive. But this has just gone with the flow as we figured out what was the easiest thing to do for the largest number of people in the group.

Each month a few of us who are interested talk with the meeting facilitator to plan that month’s agenda. Using a free phone conference service for this has worked well at the beginning, but as we’ve gotten more comfortable an email has worked just as well.

In just a few short months, this group has been a major source of renewal and engagement in my life. I’m really glad I put out the call, but the work of growing and keeping the group strong has come from all of the members, with so many amazing new ideas that I would have never thought of. I spend a few hours a month on this, which is an infinite times zero. You can do it too. Start small and let it grow, and connect with the people around you. I hope our experience is helpful so you start off smoothly! 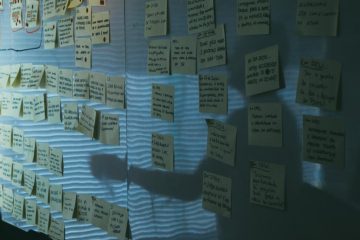 Making MADE: User-centered Design in Practice

MADE is a wizard-like online interview that helps tenants who are being evicted. It can be completed on a smartphone or desktop computer completely without the help of a lawyer. It covers 300 questions and Read more… 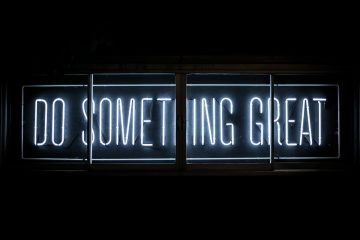 Updated August 2, 2019 Are you a legal aid user who was inspired by the great Docassemble projects on display at the Legal Services Corporation’s Innovations in Technology Conference? Florida Justice Technology Center, Community.Lawyer, HelpSelf Read more… 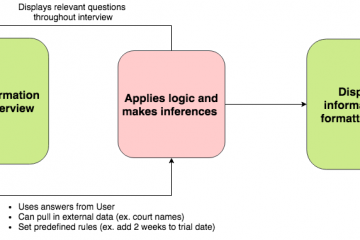 Quick post before the Vermont Law School legal technology conference: Rina Padua and I put together a comprehensive tutorial for Docassemble to help someone new get started with document assembly. It’s a great example that Read more…