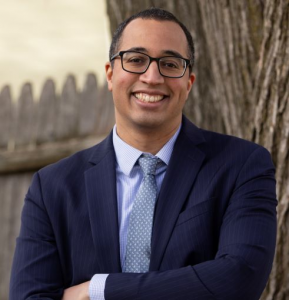 Quinten Steenhuis is an adjunct professor at Suffolk University Law School and clinical fellow in the Suffolk Law School Legal Innovation and Technology Lab. Formerly he was a senior housing attorney, systems administrator, and developer at Greater Boston Legal Services, where he worked between 2008 and 2020.

Quinten’s signature projects include MADE, the Massachusetts Defense for Eviction tool which he conceived and created at Greater Boston Legal Services, and the MassAccess Project, a COVID-19 emergency response collaboration at Suffolk Law School involving an international team of participants.

Quinten has practiced housing and eviction defense law since 2008, and has been a professional programmer and web application developer since 2001. He speaks at area law schools and blogs frequently on the topic of legal technology. In addition to systems administration and individual representation of low income tenants, he currently works on projects addressing social justice and access to justice with technology focusing on the topic of housing and evictions. Quinten is an active member of his local community, serving as an appointed member of the City of Cambridge’s Recycling Advisory Committee, serving on the Access to Justice Commission’s working group on housing through the Justice for All initiative, founding a neighborhood political action group, and serving as the long-time president of a Scrabble club in Somerville, MA. He received his B.Sc. in Logic and Computation with an additional B.Sc. in Political Science from Carnegie Mellon University and J.D. from Cornell Law School.

Quinten first began working on technology for social change in 2001 when he was a member of the global Indymedia tech collective. He was a founding member and web developer for the Pittsburgh Independent Media Center and a founding members of its radio news magazine that lasted from 2004 until 2013 and was syndicated on the Pacifica network satellite and 9 local radio stations.

Quinten’s technology projects can be viewed on GitHub.